This episode of Playing Doctor Podcast was filmed before a live studio audience.

We were invited to do a live show at Intervention 2014, so we thought, what better place to rant about our opinions on the worst companion to the Doctor? We’re joined by our friend Ben Taylor of 3 Drinks, 2 Guys, 1 Topic in this somewhat heated bracket-style nerd battle. Play along at home by filling in the chart below!

Regeneration Who – The Premier Showcase of Online Creativity 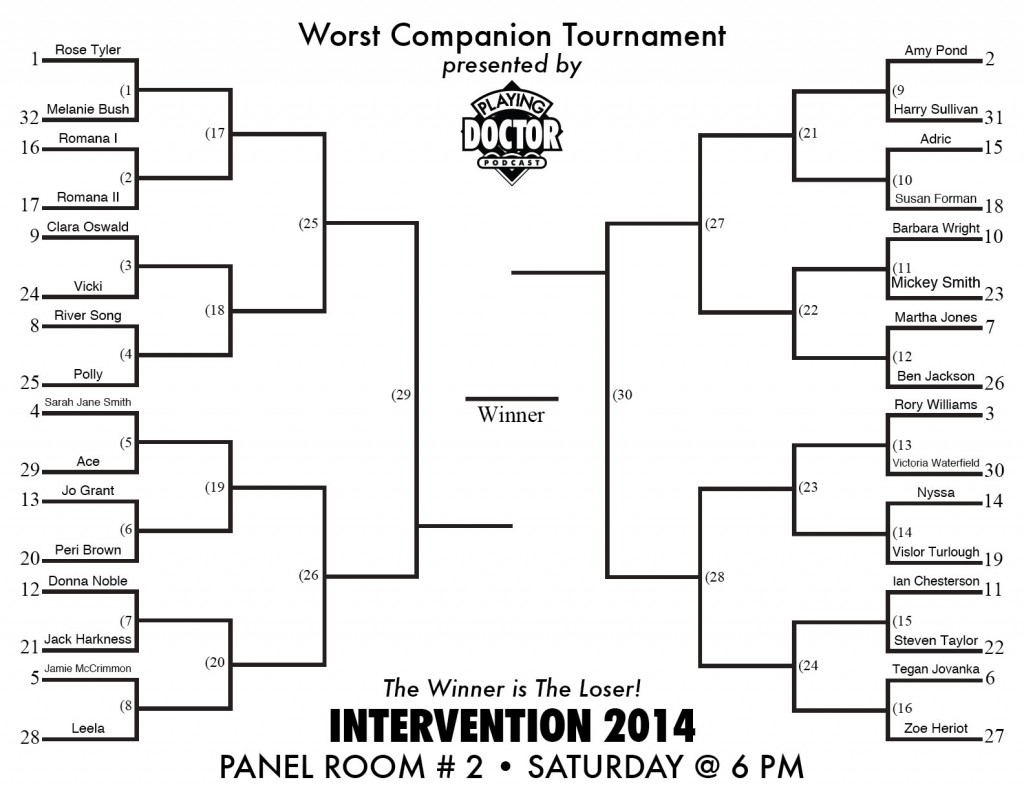