If you saw us at Tidewater Comicon or Intervention in 2015, you saw our wonderful new t-shirts for sale. The Time Lady tee was the star of the show and most sizes went quickly.

Well, they’re coming back! An order will be placed soon, so fill out this form and reserve your size TODAY. Yes, do it NOW.

We will once again be at Tidewater Comicon, (Re)generation Who, plus Intervention. And if you’re local, Night of the Doctor at the Virginia Beach central library.

This week Jennie and Ben discuss “The Girl Who Died:” episode 5 of the 9th season in this spolieriffic episode.

The Doctor and Clara have to save Space Maisie Gray and her Viking buddies from being crushed to death by a giant foot. From Space. 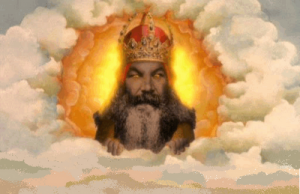 This gif works amazingly well with our theme song.

Joined by our friends Ben Taylor and CW Cobalt before a live audience at Intervention, we go back to 1982 and discuss the upperclass English adventure story in “Black Orchid.” The Doctor arrives in the early 20th century countryside for some cricket, a spot of tea… AND MURDER. Several cases of mistaken identity leads to the typical wacky hijinks of a Davison episode. As the Doctor and pals try to unravel the mysteries in the strange house, we try to keep CW from thinking about the Charleston and avoid scathing burns from Future Ben’s wit.

END_OF_DOCUMENT_TOKEN_TO_BE_REPLACED

Bryan Lewis of legendary Norfolk bands The Gloom! and Humanoids From the Deep joins us to discuss the third series episode, “Lazarus.”

While The Doctor is dropping off Martha after their “one” trip in the TARDIS a story on the news catches his eye and soon they’re off on another adventure. The brilliant Dr. Richard Lazarus has figured out how to reverse the aging process. Meanwhile the effects of Dr. Lazarus’ experiment have started to show as he becomes the Scorpion King of Death. The Doctor defeats the Scorpion King by playing his organ to defeat the CGI monster once and for all. In the end Martha and the Doctor leave again for more adventures despite ominous warnings from Harold Saxon to Martha’s mom.

END_OF_DOCUMENT_TOKEN_TO_BE_REPLACED 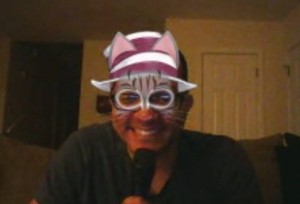 Our good friend Dennis Black-N-Asian returns to talk about the series 3 episode, Gridlock. the Doctor and his rebound companion, Martha, take a trip to New Earth. As a reflection of his relationship with her as compared to Rose, he ends up going to grim, post-apocalyptic version of NNY’s history instead of the idyllic apple grass scented futuristic paradise. Much like modern day Earth, they get stuck in a traffic jam and that’s where their adventures begin.

END_OF_DOCUMENT_TOKEN_TO_BE_REPLACED 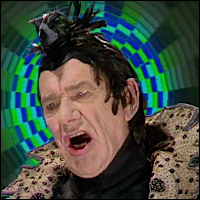 MY HEAD IS ART

At Regeneration Who last month we were joined by friends Ben Taylor and Chris Otto. This time we did a miniature version of our bracket challenge, to pick the Worst Doctor Who villain ever… welll… then it evolved slightly into “Which villain do we never want to see again?”

For the purposes of condensing the selection into something reasonable, we decided to stick to recurring villains and leave out the one-hit wonder failures like the Abzorbaloff.

Here’s the first round picks. You can click through to see the full bracket if you’re really impatient or want to follow along.

Some spoilers included if you’re not caught up through the Matt Smith years, but we figure most of our fans have moved on by now… 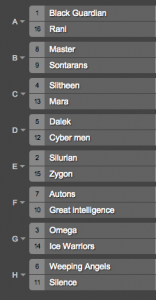 Which loser will win?

This week we are once again live at Intervention in Bethesda and are joined by fan favorite Ben Taylor to discuss episode one of the third season “Smith and Jones.”

We get our introduction to Martha Jones and her chaotic family. Many fans will remember Martha lovingly as “Not Rose” even though one of the Ben’s in the room thinks she’s second only to Martha as Tennent’s best Companion. We end up in hospital with a troop of space rhinos searching for a blood thirsty alien grandma.

New Ben complains (justifiably) about breaking the No Romance on My TARDIS rule and Regular Ben drinks a few gin and tonics to get through the day. For the record this is the first episode of Playing Doctor recorded wholly in a bar but it probably won’t be the last.

After a magical kiss from the Doctor Martha may start to swoon in front of the Judoon Platoon upoon the Moon and need a tampoon.

Thanks to Ben Taylor for returning as a guest! You can hear his other podcast at 3 Drinks, 2 Guys, 1 Topic and occasionally on Pop Culture Uncovered. Follow him on Twitter, too: @BobTGoldfish

This episode of Playing Doctor Podcast was filmed before a live studio audience.

We were invited to do a live show at Intervention 2014, so we thought, what better place to rant about our opinions on the worst companion to the Doctor? We’re joined by our friend Ben Taylor of 3 Drinks, 2 Guys, 1 Topic in this somewhat heated bracket-style nerd battle. Play along at home by filling in the chart below!

END_OF_DOCUMENT_TOKEN_TO_BE_REPLACED

Regenerated Ben returns to discuss this week’s new episode from Series 8, “Into the Dalek.” If you haven’t seen it and want to avoid spoilers, we advise you skip this one!

Thanks to Ben for returning as a guest! You can hear his other podcast at 3 Drinks, 2 Guys, 1 Topic and occasionally on Pop Culture Uncovered. Follow him on Twitter, too: @BobTGoldfish

Finally, the remaining episode from the Mike Federali sessions! He joins us to discuss Series 3’s Christmas episode, “The Runaway Bride,” where we meet Donna Noble on her wedding day. Her husband-to-be, Nerdy Black Renfield, has made a deal with a giant campy spider-empress to help bring her children forth from the center of the Earth.

Arachnophobes beware, if the Doctor can’t save the day, the entire planet will soon be overrun by a horde of Spider Babies!